My struggle that morning caught me by surprise. It was the same staff prayer meeting I went to each Tuesday. Normally I relished listening to one of my colleagues speak then joining a small group to pray. But on that particular day, captive in the front row – the only seating left when I arrived – I felt terribly conspicuous. At any moment, I was certain, I would burst into tears.

My eyes welled and I blinked the tears away. My nose began to run and I blew it as quietly as I could. I shuffled in my seat and fiddled with my handkerchief, trying to contain the emotions welling inside me. A friend as close as family was speaking that morning so I avoided his perceptive gaze. But I couldn’t drag my eyes from the image he’d projected on the screen before me.

It was an ECG printout – a series of sharp upward and downward spikes that reveals the rhythm of a human heartbeat. My friend was comparing it to our time on earth. “This is life,” he declared, pointing to the sharp peaks and deep troughs sitting juxtaposed across the screen. “Real life has its highs and lows for all of us. But this . . .” He pointed to the flat line which trailed at the end of the reading – the indicator that the heart had stopped beating. “This is not life – this place where we try to make our world so stable and comfortable that nothing really happens.”

I swallowed, nodding my agreement. Despite the heartache which at that moment felt overwhelming, I wanted to embrace life, not meaningless predictability. The thought of saying goodbye to all our dear friends and everything familiar in a matter of weeks loomed as one of the lowest points my heart had ever faced. Yet deep inside me burned a quiet certainty – there was purpose in this valley.

I managed to restrain my emotions that morning till after the talk was over then let a few tears leak out in the safety of some friends. They smiled and sympathised and rubbed my back, all the while pouring out sincere prayers for our family. And so I was given the strength to smile and march bravely through another day.

Ever since that morning I’ve been pondering this topsy-turvy world I entered when I first surrendered to God. His principles often don’t seem to make sense yet they offer unexpected blessings. He speaks of laying down our life and being given a new one. Losing then gaining. Humbling ourselves and being lifted up. Giving generously and seeing our own needs met. Being insulted and receiving the affirmation of heaven. Every loss is met with a gain that not only brings renewal but goes far beyond what was sacrificed – so typical of God’s generous heart.

So what is the purpose of the giving up, the letting go? If He’s only going to provide what we lost why does He ask us to lay it down in the first place?

Because it’s in the laying down, the dying that we are transformed.

It’s when we loosen our grip on all we consider ours that we realise afresh how blessed we are, that everything we have is a precious gift from our Father, to be embraced with thanks. We’re reminded that apart from Him we can do nothing and of how utterly we need to rely on Him to live this zigzagging, up-and-down life.

From the very beginning of this moving process, God has been speaking to me about the new things He’s going to do in our lives, the new people and experiences and opportunities ahead. But right now, it’s hard to see beyond the losses confronting us.

I’m reminded of Jesus, who laid down His everything for us, enduring suffering beyond compare as He died, rejected even by His beloved Father. He didn’t want to go to the cross. He asked for release from that ordeal, sweating drops of blood in the intensity of His agony. Yet He yielded. Because He knew there was something beyond the suffering. Hebrews 12:2 tells us it was for the joy set before Him that He endured the cross. Jesus made it through because He had His eyes on the prize that lay beyond the grave. Beyond. That’s a good place to fix my eyes.

For me right now, the prize is still a little unclear. It’s hard, really hard, to hope when you can’t see much of the detail in the beyond. Daily I ask God for reassurance.  Where will we live? Who will be our friends? How on earth can anything be as rich as the life and relationships we’ve enjoyed here?

His response, every time? Trust Me.

Trust isn’t grown at the high points of life. It’s formed in the valleys – the times when the darkness is intense and we’re not sure we can endure much more. Being reminded of this helps me accept that this time in the trough is necessary. But I also choose to believe God’s promise – it won’t last forever. There is more beyond this. More life. More people. More everything we’re being asked to lay down. Different . . . but still good – because it comes from His hand.

And when He lifts me up from this valley, I’m trusting I’ll be different to who I was when this descent began. More thankful, more dependent and eager for all that He has in store. 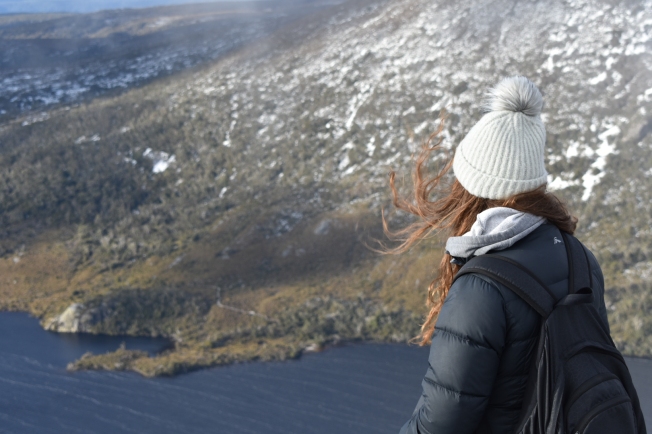 One thought on “Purpose in the Pain”

I am a wife and mum of four. I love spending time with my family, working in the garden and pondering life with good friends over a steaming cup of tea. One of my favourite things to do is encourage people. I find this happens more when I’m honest about my struggles than if I profess to have a perfect life. On these pages, I’ll share my joys and fears, my highs and lows, my questions and musings . I won’t pretend to have it all together. But I will tell you what God has been showing me through the process and the ways my life has been changed. My prayer is that these words will help you see beyond your challenges, gain perspective and have new hope to continue in your own life journey.